Editor Tested: The Workout That Completely Transformed My Abs + MORE

Editor Tested: The Workout That Completely Transformed My Abs

This article originally appeared on InStyle.com.

I own twice as many sports bras as I do regular bras. My ideal happy hour involves cardio rather than cocktails, and I never leave home without a pair of gym shoes in my bag just in case the mood strikes to hop into a fitness class while I’m floating around the city. Needless to say, I love working out.

Bonus: being in my role here at InStyle means I get to try a lot of different workouts as studios open around town, which means I rarely commit to the same workout for an extended period of time. Or that was the case, rather, until I found SLT.

Blend muscle-lengthening yoga moves with core-toning Pilates principles and you get the full body-sculpting workout known as Strengthen Lengthen Tone. It’s basically a hyped up Pilates class done on a calorie-torching Megaformer machine, and it's one of the most challenging 50-minute sessions you can find.

Since I started taking class (I’ve been a twice-a-weeker for well over a year now) I’ve seen my body transform unlike any other workout I’ve done (and trust me, I've tried them all). Nothing has worked as well to create a seriously defined core (among other things, including glutes of steel) than regular visits to this hotspot (no wonder that Sofia Vergara, Jamie Chung, and Nina Agdal are regulars. I once took class right next to Karlie Kloss.)

Although it was clear that my body was changing, I was curious as to why this workout was so much more effective than anything else I’ve tried. “SLT is so effective because it combines the principles of cardio, Pilates and strength training into a revolutionary workout,” SLT founder Amanda Freeman tells me after I pepper her with questions to help me understand the magic. “The workout on the Megaformer allows you to target muscles so specifically and work them until muscle fatigue. And there are a wide variety of moves, so your body is constantly challenged. “

But like most good things in life, it doesn’t come easy. The first time I took class, I could barely hold a plank. My muscles were shaking beyond control. I was next-day sore before I even got off the machine. Afterwards, I couldn’t walk up stairs for days. Now, I can pike up and down the machine like a pro, and I have the core to prove it. I don’t always break a sweat during class (which in the past was always my gauge for how hard I was working; I hated not sweating during a workout) yet every time I take class, I’m still incredibly sore afterwards, further proving that this workout is still changing my body.

Why is it such a good ab definer? “Thanks to the Megaformer machine, our clients are forced to engage their core nearly the entire 50-minutes of a class,” Freeman says. “The variety of moves that are performed in a class target your abs from all angles in ways no other workout can…

Does the Sound of Noisy Eating Drive You Mad? Here&rsquo;s Why

This article originally appeared on Time.com

If you’ve ever been tempted to confront someone slurping their soup in a restaurant, or if a person breathing loudly next to you in the movie theater is enough to make your blood boil, then you’re not alone: You’re one of many people suffering from a genuine brain abnormality called misophonia.

Misophonia, a disorder which means sufferers have a hatred of sounds such as eating, chewing, loud breathing or even repeated pen-clicking, was first named as a condition in 2001.

Over the years, scientists have been skeptical about whether or not it constitutes a genuine medical ailment, but now new research led by a team at the U.K.’s Newcastle University has proven that those with misophonia have a difference in their brain’s frontal lobe to non-sufferers.

In an report published in the journal Current Biology, scientists said scans of misophobia sufferers found changes in brain activity when a ‘trigger’ sound was heard. Brain imaging revealed that people with the condition have an abnormality in their emotional control mechanism which causes their brains to go into overdrive on hearing trigger sounds. The researchers also found that trigger sounds could evoke a heightened physiological response, with increased heart rate and sweating.

For the study, the team used an MRI to measure the brain activity of people with and without misophonia while they were listening to a range of sounds. The sounds were categorized into neutral sounds (rain, a busy café, water boiling), unpleasant sounds (a baby crying, a person screaming) and trigger sounds (the sounds of breathing or eating). When presented with trigger sounds, those with misophonia presented different results to those without the condition.

“I hope this will reassure sufferers,” Tim Griffiths, Professor of Cognitive Neurology at Newcastle University and UCL, said in a press release. “I was part of the skeptical community myself until we saw patients in the clinic and understood how strikingly similar the features are.”

“For many people with misophonia, this will come as welcome news as for the first time we have demonstrated a difference in brain structure and function in sufferers,” Dr Sukhbinder Kumar, from the Institute of Neuroscience at Newcastle University and the Wellcome Centre for NeuroImaging at University College London, added. “This study demonstrates the critical brain changes as further evidence to convince a sceptical medical community that this is a genuine disorder.”

The Scary Reason #Fitspo Isn&rsquo;t As Healthy As You Think

The #fitspo photos of toned, muscular bodies in your social media feeds may motivate you to get your sweat on. But those pictures could have a negative side too. For some women, posting such images could be a sign of risky eating and exercise habits, according to researchers from the School of Psychology at Flinders University in Adelaide, South Australia.

For their study, published in the International Journal of Eating Disorders, the researchers looked at 101 women who regularly posted fitspiration on Instagram—often workout photos, sometimes overlain with a quote (think "Strong beats skinny every time"). A comparison group consisted of 102 women who regularly posted travel pictures, another popular type of inspirational content on Instagram.

What the researchers discovered about the fitspo-posters was alarming: Nearly 18% of them were at risk for diagnosis with a clinical eating disorder, compared to just over 4% of the women in the travel group. The study participants who posted fitspiration were also more likely to experience feelings of shame and depression when they missed a workout—which is a a key indicator of compulsive exercise, according to the study authors.

RELATED: Yes, It's Possible to Exercise Too Much—Here Are the Signs

"It seems likely, at least for some women, that even though they may present as fit and healthy, regularly posting fitspiration is a culturally sanctioned way of rationalizing dietary restriction, disordered eating, and over-exercising," the authors concluded.

As the researchers point out, #fitspo may not be as harmless as it seems. For one, it entails "repeated representation of only one body type (lean and toned) that is unattainable for most women," they write. What's more, fitspo focuses on how working out can make you look, rather than the long list of important benefits exercise can provide, from improved digestion and energy to more balanced moods and less inflammation.

So while a snapshot of sculpted abs may help you get off the couch and to the gym, it's important as ever to evaluate the real reasons you work out, and make sure you're sweating first and foremost to get fit and healthy, physically and mentally. 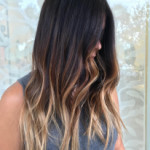 The Internet Is Obsessed With This Intense Charcoal Face Mask, But Is It Safe? + MORE

Carrie Underwood Has Learned to 'Cut Myself Slack' When It Comes to Working Out: 'I Fit It in When I Can' + MORE

[brightcove:5315457854001 default] This article originally appeared on People.com.  Before having her son 2-year-old son Isaiah, Carrie Underwood would work out six or seven days a week, but she doesn’t put pressure on herself to maintain such an intense workout schedule anymore. .... More »

In a perfect world, you’d have unlimited time every day to work out—with plenty of time left over to shower and sip a smoothie afterward. In reality, you’re lucky if you can even make it to the gym, and even model Molly Sims, 46, knows that struggle.  Her solution? Quick 20.... More »

[brightcove:4247120568001 default] When J.Lo gives us a peek into her workout routine, we pay attention. The famously fit star (can you believe she's 48?) always looks incredible, whether she's slaying the red carpet or fighting corruption as police officer Harlee Santos in.... More »

Editor Tested: The Workout That Completely Transformed My Abs – health.com
Does the Sound of Noisy Eating Drive You Mad? Here&rsquo;s Why – www.health.com
The Scary Reason #Fitspo Isn&rsquo;t As Healthy As You Think – health.com

« The Best Natural Beauty Products You Can Buy at Target + MORE (Previous Post)
(Next Post) Stop Searching: We&amp;#39;ve Found the Only Foundation You&amp;#39;ll Ever Need + MORE »